Vinaya Vidheya Rama is a film which many had good expectations on but the film flopped and disappointed mega-fans the most. So much is being written about the film and seeing all this, Charan has issued a public statement to his fans and audience about how he could not meet the expectations.

In his statement, Charan says that he and his team have tried hard but could not satisfy the audience and will make it up very soon. This is a great gesture from the star and he giving an explanation about his film to his fans has won the hearts of many.

VVR was produced by D VV Danayya and Boyapati directed it. 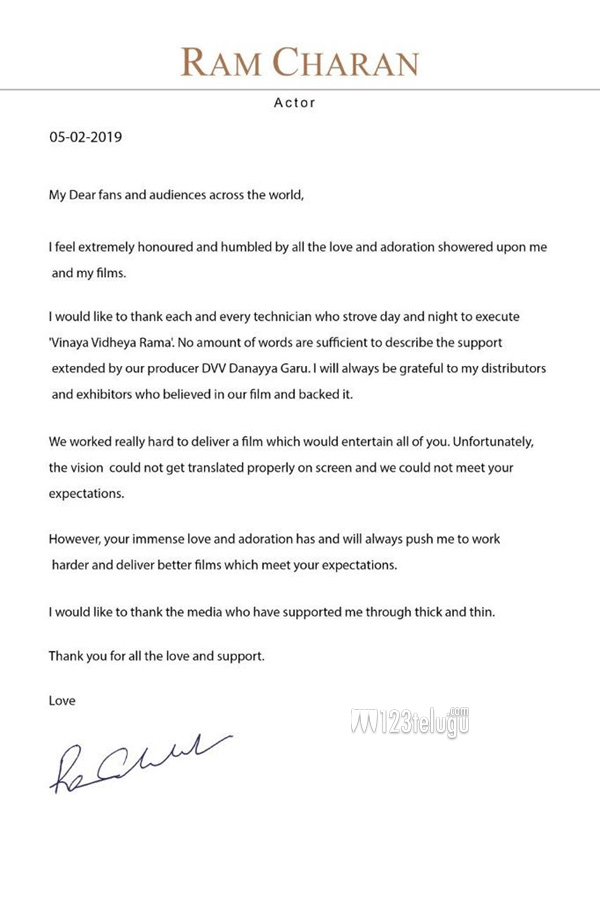