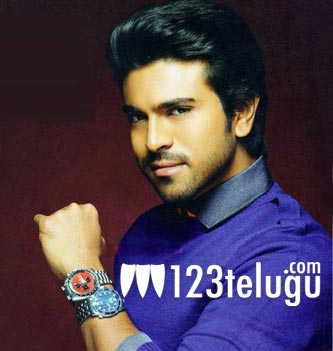 After a brief hiatus from shooting, it’s work as usual for Ram Charan Tej. He’s going to join the team of his upcoming film Rachcha from January 5 onwards for a new schedule. Tamannaah, who’s playing the lead role in the film, is currently shooting for Prabhas’ Rebel in Bangkok. She’ll join the Rachcha’s team as soon as she wraps the Bangkok schedule. Few weeks ago, Rachcha was shot in Talakona forest, near Tirupati and a bamboo forest in Anji, China.

Ajmal Ameer is playing the villain’s role in the film. Sampath Nandi is directing the film and NV Prasad and Paras Jain are producing the film on Mega Supergood Films banner. Mani Sharma is composing the music. The film is expected to hit the screens in March.