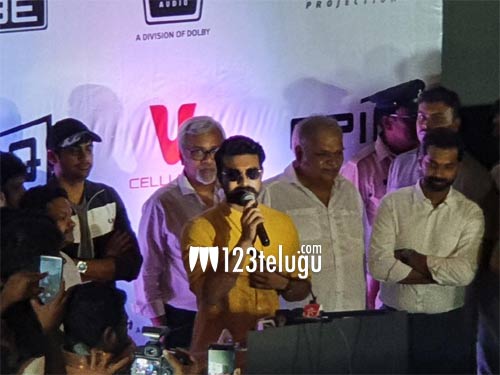 Ram Charan was the chief guest at the launch of Ve Epiq, the new swanky theater in Sullurupeta. Charan along with several media people attended the event and made it a grand success.

When one of the press members asked about the postponement of Sye Raa, Charan slammed the reports and said that the film is coming on time.

Sye is all set for an October 2nd release but there have been rumors that the film has been postponed. So, with Charan clearing the reports, things have gone back to normal.