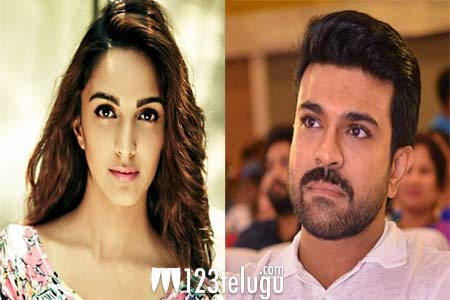 Ram Charan, Kiara Advani starrer Vinaya Vidheya Rama is in the last leg of its shooting. Recently, a special song was canned on Ram Charan and Bollywood actress Esha Gupta. And now, the team is gearing up to shoot the last song, featuring Ram Charan and Kiara Advani, in a grand way.

A special set has been erected for the song in the outskirts of Hyderabad, and almost 800 dancers are expected to be part of this song. Sources say that both Charan and Kiara will be seen in a mass avatar and the dance moves too have been choreographed accordingly. Recently, Ram Charan credited Kiara for being an awesome dance partner, and it will be a feast for Mega fans to see these two actors set the screen on fire with their energy.

Directed by Boyapati Sreenu, the film has been produced by DVV Danayya. The entire film’s shoot is going to be wrapped up later this week, and the film will hit the screens for Sankranthi. DSP has scored the music.