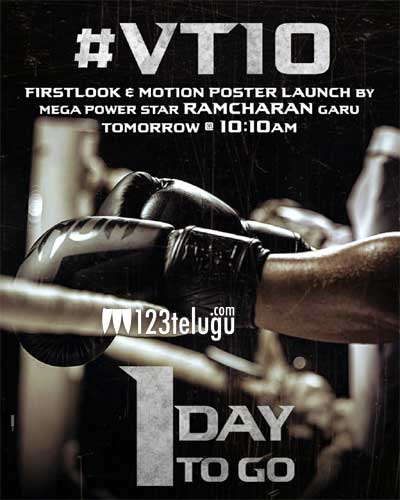 The stage is all set for the launch of the first look and motion poster of Varun Tej’s much-awaited 10th film. Varun’s cousin and star hero Ram Charan will be unveiling the posters at 10:10 AM this morning. Varun will be seen as a boxer in this movie.

The latest buzz in film circles is that VT10 has been titled Ghani. Incidentally, Ghani is the name of Varun Tej’s uncle Powerstar Pawan Kalyan’s character’s name in his yesteryear film, Balu. Bollywood starlet Saiee Manjrekar is the leading lady in this intense sports drama based on boxing.

Debutant Kiran Korrapati is directing the movie, while Allu Venkatesh and Sidhu Mudda are jointly bankrolling it. Thaman is the music composer.