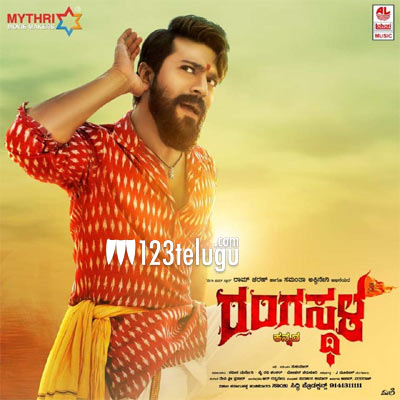 Ram Charan and Sukumar’s blockbuster 2018 rural drama, Rangasthalam, is releasing in Kannada as Rangasthala today. Rangasthalam becomes the first modern Telugu movie after Mayabazaar to be dubbed in Kannada.

Now, the latest update is that Rangasthala is releasing in close to 85 screens all over Karnataka. In Bangalore city alone, the film will have 26 shows on its first day, which is a good release for a one-year-old dubbed film. The film is released jointly by Mythri Movie Makers and JM Movies.