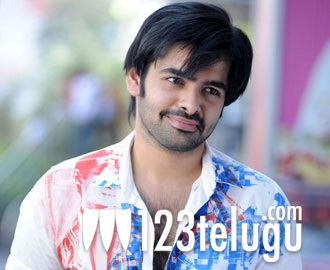 Ram will soon begin shooting for his upcoming film which is a remake of Bol Bachchan. Venkatesh and Ram are teaming up for this action comedy. Vijay Bhaskar is going to direct the film and D Suresh Babu and Sravanthi Ravi Kishore are jointly producing it. The film was officially launched couple of days ago and already rumours have begun about what’s title is going to be. As per one report, the film might be titled as ‘Sarve Jano Sukhinobhavantu’, however Ram has denied these rumours. “”Sarve Jana Sukhino Bhavanthu” IS NOT THE TITLE FOR THE FILM PPL..will let u know..love :),” he posted on Twitter. He’s sporting a clean shaven look for the first time in his career for this film. The makers are still searching for the lead heroines for the film. An official announcement is going to be made soon.