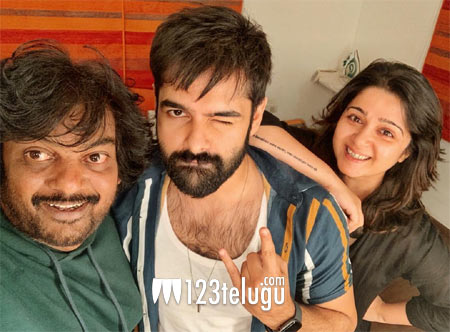 We were the first ones to reveal that Puri Jagan will be announcing his new film with Ram. The latest we hear is that the duo announced the film formally by posting a picture of them on Instagram.

Seen here in the above picture is also the co-producer of the film Charme. The news is that Ram will be seen in a role with negative shades. The other star cast of the film is yet to be revealed.

The shooting of the film will go on floors in January. Watch out this space for more updates on this project.