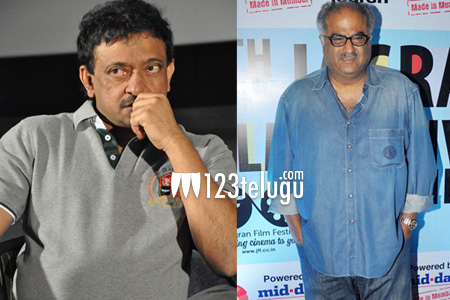 Eccentric genius Ram Gopal Varma is back to making headlines with his controversial statements. Recently, he released his latest book – Guns and Thighs, in which he said that Sridevi was the first heroine he was bowled over by. RGV also revealed his fascination towards the actress and her ‘thighs’.

Not stopping here, RGV also said that Guns and Thighs is his love letter to Sridevi. This naturally did not go down well with Sridevi’s husband Boney Kapoor, who lambasted the director reportedly saying, “Ram Gopal Varma has gone bonkers, crazy and he has a perverted mindset.” Boney went on to call RGV’s antics as “mere publicity stunts.”

Well, this is not the first time that Boney Kapoor gave a peace of mind to RGV. But will the director ever change his ways is the big question.