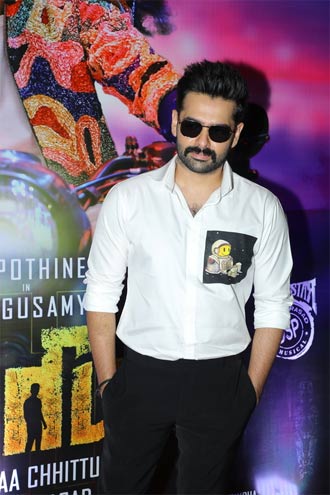 The ‘Bullet’ song set to tune by Devi Sri Prasad was launched at a star-studded event at Phoenix Mall in Chennai. Both the Telugu and Tamil versions were released in the presence of top guns of southern cinema and the film’s crew.

The big highlight is the lyric video comes with high voltage steps by Ram Pothineni. He simply sets the screens on fire with electrifying movements and it is a delight to watch.

Aadhi Pinisetty, who is popular in both Kollywood and Tollywood, plays the antagonist in The Warriorr, while Krithi Shetty plays the heroine.