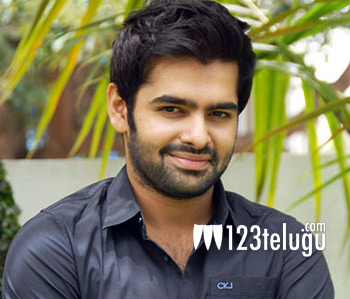 Hero Ram is currently busy wrapping up his upcoming romantic entertainer, Vunnadi Okate Zindagi, in Ooty. Ram’s stylish look in the film’s first look poster was appreciated by his fans. Ram has thrown some more light on his role in his latest interview.

Ram revealed that he is playing Abhiram, the lead act of a rock band, in the movie. He said that he knew he had found the role he was looking for when his director Kishore Tirumala narrated him the script. “He is an easy-going guy, he is clear about what he wants from life. He loves playing the guitar and knows he’ll continue to do that irrespective of whatever he ends up becoming in life,” Ram said about his role.

Ram further revealed that he had learnt playing guitar from a Vizag based rock band during the film’s shooting. Ram went on to disclose that he will also sport a mature look in the film, but remained tight-lipped about it.