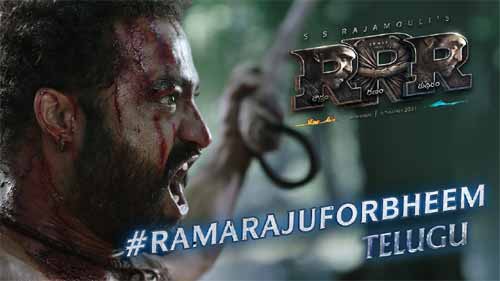 The ‘Ramaraju for Bheem’ teaser from Rajamouli’s epic multi-starrer, RRR, was released on October 22 and enthralled the fans all over. Now, this power-packed teaser has set a massive new record in Tollywood.

The Ramaraju for Bheem teaser now has over 5 lakh comments on YouTube, becoming the first film teaser to achieve this feat in Tollywood. Also, the teaser has become the first and fastest in Tollywood to reach the 35 million views milestone.

Ramaraju for Bheem teaser had NTR at his ferocious best as Komaram Bheem. Ram Charan’s voice-over is another highlight of the teaser