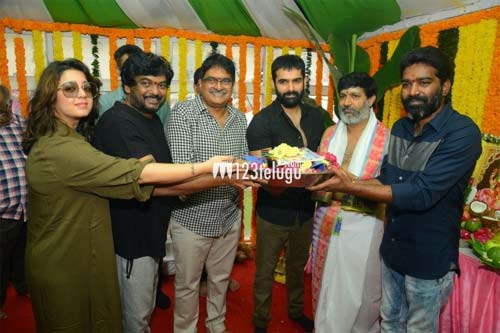 While the first look of actor Ram Pothineni’s film Red was received with quite the admiration from all quarters, the film has finally going on the sets now.

The film directed by Kishore Tirumala had its muhurat earlier today. The film stars Nivetha Pethuraj and Malvika Sharma as the female leads and will have Ram play a double role for the first time in his career.

Details regarding the rest of the cast and crew are unknown at this point and official confirmation of the same is awaited.