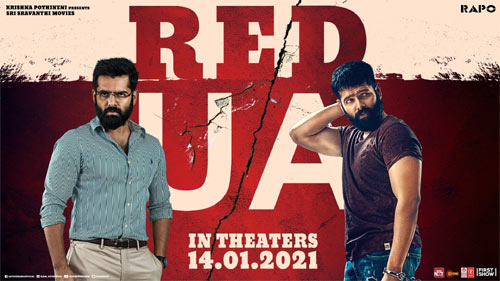 Hero Ram’s upcoming film, Red is awaiting release from the past eight months. The film’s trailer was released recently and it has been getting good response from all quarters.

And the latest update is that the film has wrapped up its censor formalities today. The CBFC has cleared the film with a UA certificate. As per the reports, the film’s release date has been locked as January 14, 2021.

Directed by Kishore Tirumala, Red is an official remake of Tamil thriller, Thadam. Nivetha Pethuraj, Malvika Sharma and Amritha Aiyer are the female leads in the film. Mani Sharma is the music composer and Sri Sravanthi Movies banner has bankrolled the film.