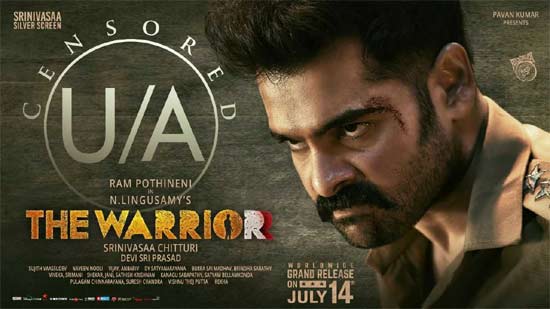 Energetic actor Ram Pothineni and the Uppena beauty Krithi Shetty will be seen next together in the action drama, The Warriorr. Scheduled to release this Thursday, the movie is directed by Lingusamy.

The movie has officially completed all the formalities including its censor. The makers have announced that the film has been censored with a U/A certificate. Alongside, it is also confirmed that the movie is 155 minutes long, which is a decent runtime.

Aadhi Pinisetty, Akshara Gowda, Nadhiya and others played key roles in this bilingual movie, produced by Srinivasaa Silver Screen. Devi Sri Prasad has provided the soundtracks for the film. 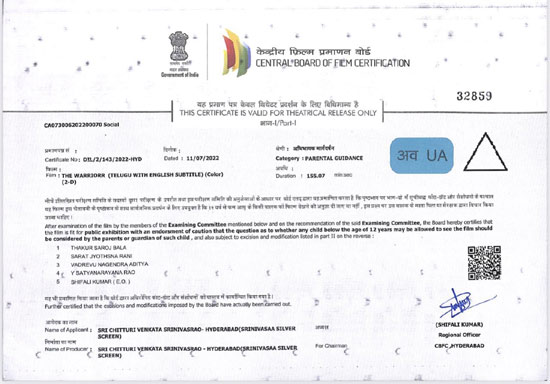