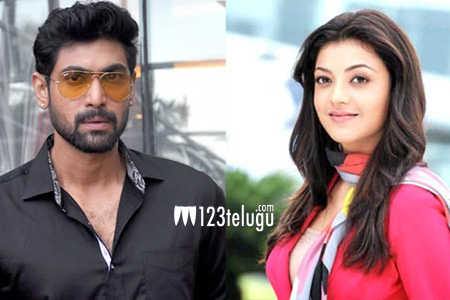 If the ongoing reports are anything to go by, Rana Daggubati and Kajal Aggarwal will be joining hands for a film for the first time. Apparently, director Teja has pulled off this casting coup for his next. Reports say that Teja, whose ambitious film Aham with Rajasekhar was shelved, has prepared a story for Rana.

Incidentally, this will be Kajal’s second project with her mentor Teja, after making her Telugu debut with Lakshmi Kalyanam in 2007. Teja is currently giving the finishing touches to the script and an official announcement will reportedly be made soon.

Keep watching this space for more updates about this project.