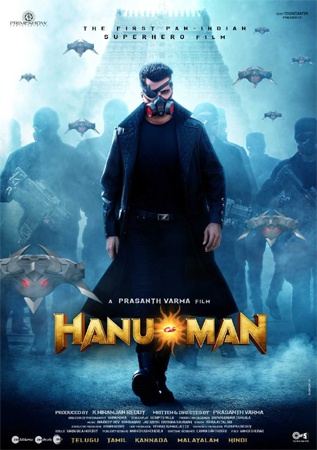 Tollywood Hulk Rana Dagubati has unleashed the antagonist of Hanu-Man, starring Teja Sajja in the title role. Directed by Prasanth Varma, the first pan-Indian superhero movie is in the final phase of shooting.

Vinay Rai, who portrayed villain roles in Doctor and Oh My Dog is roped in to play an antagonist named Michael, a badass evil man. The first look poster showcases Vinay Rai walking ferociously in front of a temple, along with his own army men who carry heavy machine guns and they are under the surveillance of robotic bats.

Amritha Aiyer is the female lead in Hanu-Man, which also has Varalaxmi Sarathkumar in an important role. The high-on VFX movie is produced by Primeshow Entertainment on a grand scale. Anudeep Dev, Hari Gowra, Jay Krish and Krishna Saurabh are providing soundtracks for the film. The release date will be announced very soon.