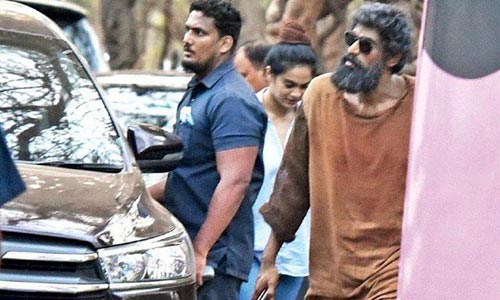 Rana is busy doing a film called Haati Mere Sathi which is being made in Tamil, Telugu, and Hindi. The film is in the making for over a year now and is finally nearing its completion.

Now, the latest we hear is that Rana’s de-glam look has gone viral. Seen here in the above picture is Rana with a heavy beard and in an old look avatar during the shoot of the film. Rana’s role is said to have different layers and he will be seen in different age groups in the film.