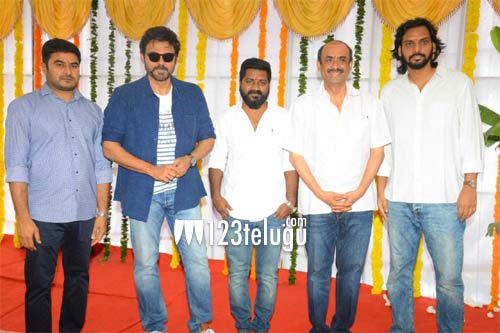 Rana Daggubati and Sai Pallavi are starring in the film ‘Virata Parvam and we all know that. This film was formally launched with a pooja ceremony on Saturday. The first clap was done by hero Venkatesh while MLA Gottipati Ravi switched on the camera.

Producer Suresh Babu handed over the script. Rana and Sai Pallavi also took part in the launch event. The regular shooting of the film will commence from next week. Venu Udugula will be directing the movie while Suresh Bobbili will compose music and Diwakar Mani will handle the cinematography.