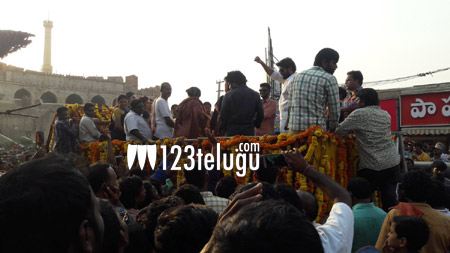 Rana is a busy bee these days as he is juggling between the promotions of Baahubali and also shooting for his new film in the direction of Teja.

The latest update is that Rana is currently shooting for some very key scenes of the film in Kurnool district. Some action scenes featuring a political rally are being shot on Kajal and Rana along with some huge crowds.

Both Kajal and Rana are beating the heat and are shooting for this film which is nearing it’s completion. Suresh Babu is producing this film on his home banner.