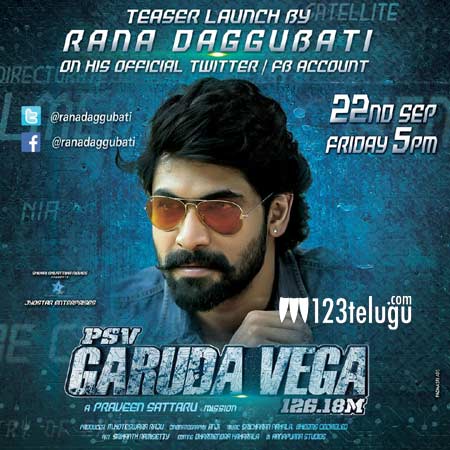 Garuda Vega is one film which has been in the making for quite some time now. The teaser of this medium budget film will be released tomorrow and the latest we hear is that Rana Daggubatti will be launching this teaser online.

Garuda Vega has Rajsekhar playing an NIA commando and a decent amount of money has been spent on this film. Praveen Sattaru directs this film which is a thriller and also has Pooja Kumar in a crucial role.

Sunny Leone shines in an item number in this film which will be out by October end.