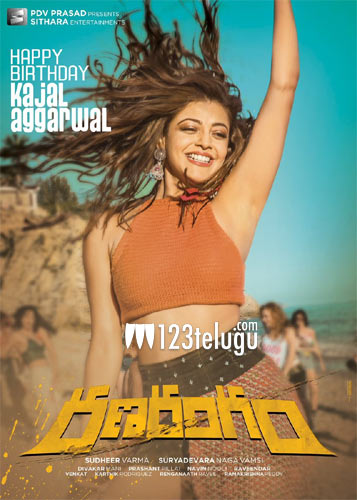 Today, star heroine Kajal Aggarwal celebrates her birthday. Fans, friends and well-wishers from the film industry are flooding the actress with their warm wishes. And the team of Ranarangam, Kajal’s upcoming film, has given a special treat for the actress’ fans.

Extending their wishes to Kajal, Ranarangam makers unveiled the film’s new poster featuring a beautiful looking Kajal. Ranarangam also has Sharwanand and Kalyani Priyadarshan in lead roles. Sudheer Varma is directing the movie and Naga Vamsi is bankrolling it under Sithara Entertainments banner. The film is slated to hit screens on August 2.