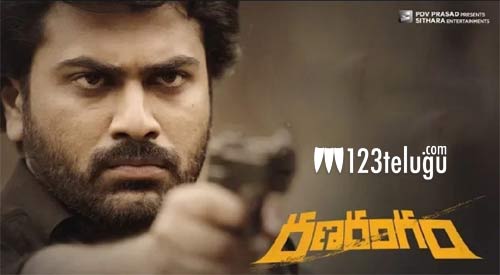 Sharwa is busy promoting his new film Ranarangam which will be out on the 15th of August in a grand manner. Now, the latest we hear is that the fights composed in the film will be quite realistic.

The film is a gangster drama and has liquor mafia as the backdrop. So, director Sudheer Varma has narrated these action sequences in the film will be realistic and near to the style which was famous in the early ’90s.

Kalyani Priyadarshan and Kajal play female leads in this film which also has Aadarsh Balakrishna in a crucial role.