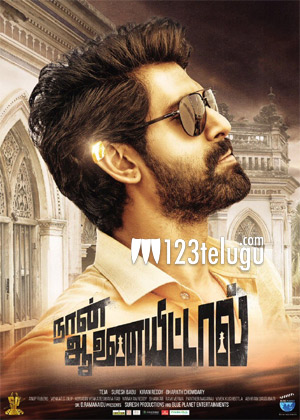 Rana’s upcoming film Nene Raju Nene Mantri is all set to release in Tamil as well. Directed by Teja, the film also has Kajal and Catherine Tresa in lead roles. The political drama has been making waves in Telugu and now, Rana is all set to take it to the Tamil audiences as well.

The film’s Tamil version has been titled as ‘Naan Aanaiyittaal’ and Rana revealed that the trailer is going to be unveiled tomorrow. Nene Raju Nene Mantri has been predominantly shot in and around Kurnool, and the trailer has created a massive buzz about the project already.

More details about the Tamil version will be announced soon. Meanwhile, the Telugu version is going to hit the screens on August 11.