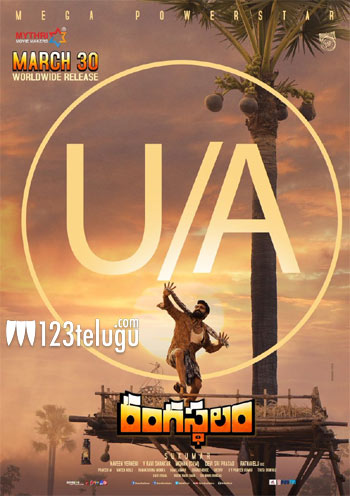 Rangasthalam, the much-awaited period village drama starring Ram Charan and Samantha, has just completed its censor formalities. The CBFC has cleared the movie with a UA certificate. With all decks cleared, Rangasthalam is all set for a grand worldwide release on March 30.

In Rangasthalam, Ram Charan plays a hearing impaired young man named Chitti Babu. Samantha plays Rama Lakshmi, a village belle. The film is said to be based on village politics that were rampant in the 80s. Jagapathi Babu plays the main antagonist’s role.