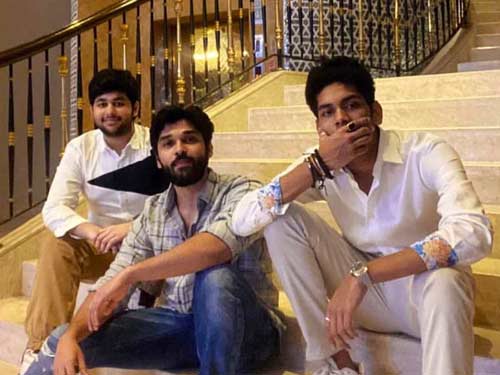 In this rare photo moment, Dhruv Vikram, Arjith Shankar and AR Ameen, sons of Kollywood stars hero Vikram, director Shankar and music legend AR Rahman respectively, are captured hanging out at a star hotel in Chennai. While fans are thrilled seeing the star sons chill out together, speculations are going viral on a possible collaboration between the three.

Dhruv Vikram has proved his acting prowess with his debut film, Adithya Varma (remake of Arjun Reddy). On the other hand, AR Ameen has sung a few hit songs so far and regularly collaborates with his legendary father on his musical scores. Finally, Arjith Shankar is said to be undergoing training in filmmaking and is all set to follow his father’s footsteps in future.