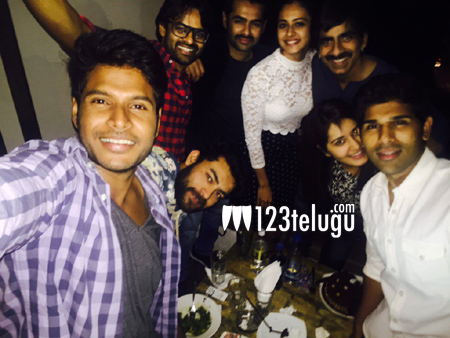 Rashi Khanna is currently an upcoming actress with the potential of becoming the next star actress. Today is her birthday and the beautiful actress turned 23.

Last night, Ram, Sundeep Kishan, Sai Dharam Tej, Varun Tej, Allu Sirish and Mass Maharaja got together to celebrate the event. Apparently, she will also be hosting a grand party.

Rashi started her career with a bang by debuting in John Abraham’s thriller, Madras Cafe. She entered Tollywood with the 2014 hit Oohalu Gusagusalade and subsequently appeared in movies like Joru, Shivam, Jil and a cameo in Manam. She is currently waiting for her next film Bengal Tiger’s release and is also shooting for Sai Dharam Tej’s Supreme.