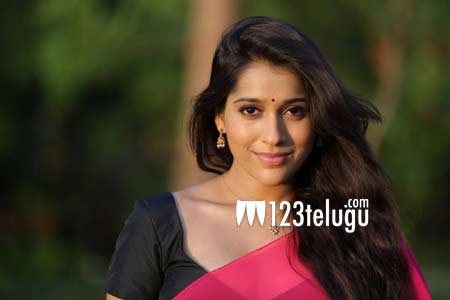 Anchor turned actor, Rashmi Gautam became the cynosure of all eyes with her glamorous avatar in the recently released Guntur Talkies. Even though the film was received with mixed opinions, it gave a good boost to Rashmi’s career.

Loosing no hope, Rashmi signed two more films titled Antham and Charusheela which are now nearing completion. Interesting aspect is that both the films are crime thrillers and Rashmi plays important roles in both of them.

Apart from looking glamorous, reports reveal that Rashmi will have a lot of scope to perform and prove her self. Let’s hope that both these films become good hits and bring her film career back on track.