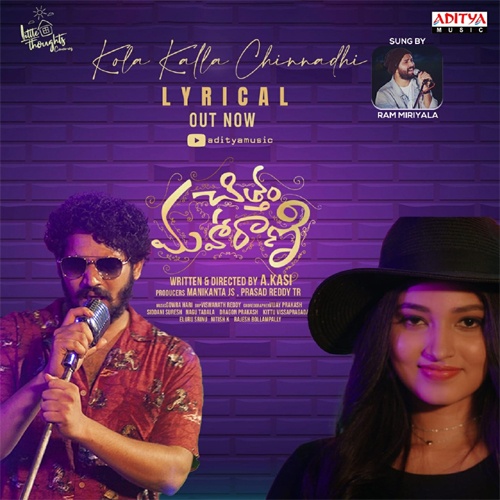 Tollywood upcoming movie, Chittam Maharani featuring Yajurved, Rachana, Sunil, and others in lead roles is up for theatrical release.

Presented by Little Thoughts Cinemas, the movie is directed by A Kasi. JS Manikanta, Prasad Reddy TR are producing the film.

The makers have dropped the Kolakalla Chinnadi song from the film and this song was unveiled by happening beauty, Rashmika Mandanna.

Talented singer Ram Miryala crooned this song and it has all the right ingredients to become a chartbuster. Kittu Vissapragad penned catchy lyrics for this song.

To recall, creative filmmaker Sukumar unveiled the first look of the film and it had already received a thumping response.

Gowra Hari is composing the music for the film while Karthik Srinivas is handling the editing. Suresh Siddhani is the dialogue writer.