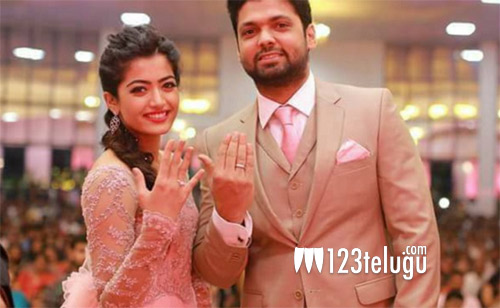 More than her films, latest sensation, Rashmika was in the news for her engagement being called off a few days back. Though nothing was confirmed, news started hitting the media circles that Rashmika broke her engagement with Kannada actor Rakshit Shetty.

Things became even clearer today when Rakshit Shetty put up a lengthy post asking his fans not to blame Rashmika for whatever has happened. Now, to end things, Rashmika’s mom spoke to a leading tv channel in Bangalore and confirmed the news that the engagement has been called off.

She also stated that things are not easy in such cases and everybody should be happy and content with the decision that they have taken for the betterment of everyone.

Rashmika will once again be seen with Vijay Devarakonda in a film called Dear Comrade.