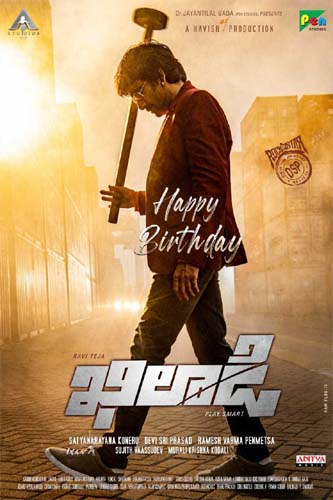 On the occasion of hero Ravi Teja’s birthday, the makers of his ongoing action entertainer, Khiladi, have just released a glimpse video from the movie. The video showcases the Mass Maharaj in a cool avatar and it also promises that the film will be loaded with action. Devi Sri Prasad’s background score adds to the cool factor.