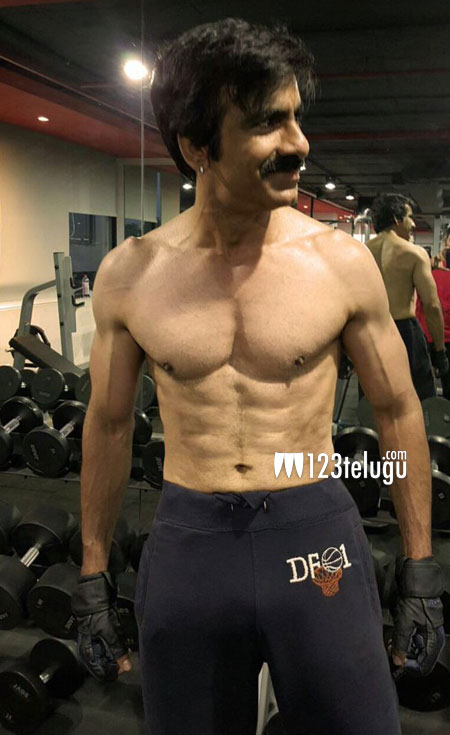 With his last two films, Kick 2 and Bengal Tiger, failing to set the cash registers ringing, Ravi Teja is on an introspection mode. The energetic star is currently awaiting the launch of his next project, tentatively titled Robinhood, under debutant Chakri’s direction and he is keen on reinventing himself with this project.

For this film, Ravi Teja is undergoing a complete transformation. The actor has already developed a 6-pack body and the photographs where Ravi Teja shows off his perfectly chiseled abs have become the talk of the town. Also, Ravi Teja is said to have become extra cautious about the film’s script and is insisting on a bound script before the film’s launch.

To be produced by DVV Danayya, Robinhood is expected to be launched in April. Raashi Khanna has been roped in to play his love interest in this film.