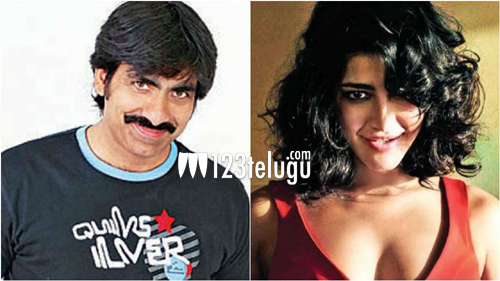 After Ileana in Amar Akbar Anthony that released last year, it looks like hero Ravi Teja is all set to romance another star actress who has been on a sabbatical for the last couple of years. As per the latest reports, the Mass Maharaj will be teaming up with his Balupu actress Shruti Hassan in his next film.

Incidentally, director Gopichand Malineni, who had helmed Balupu in 2013, will also be directing the Ravi Teja-Shruti Haasan’s next outing This as-yet-untitled film will be going on floors in September. More details about the film will be out in a few weeks.