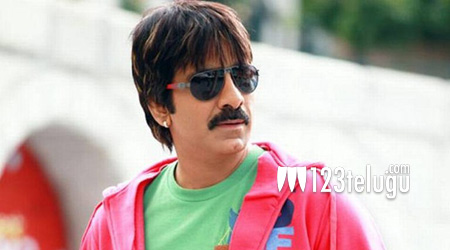 Mass Maharaja Ravi Teja’s latest release, Bengal Tiger, is raking in decent collections in B and C centers. The actor is already acting in Dil Raju’s Yevado Okadu in Venu Sriram’s direction. After this, Ravi Teja will juggle between two projects simultaneously. Recently, we reported that the Mass Maharaja gave his nod to debut director Chakri’s script.

Now, Ravi Teja is also determined to commence shooting for his long-delayed film with Sudheer Varma simultaneously. As per the latest reports, Ravi Teja is experimenting with his look in the film. Apparently, the actor will be playing dual characters. While one of these characters will be of a mid 20s young man, the other role demands Ravi Teja to look 50-years old.

Ravi Teja will now go under a strict diet and workout regiment to look his character of a 20-year old. After he wraps up shooting for the youngster role, Ravi Teja will take a 2-month break to prepare for the 50-year old character.