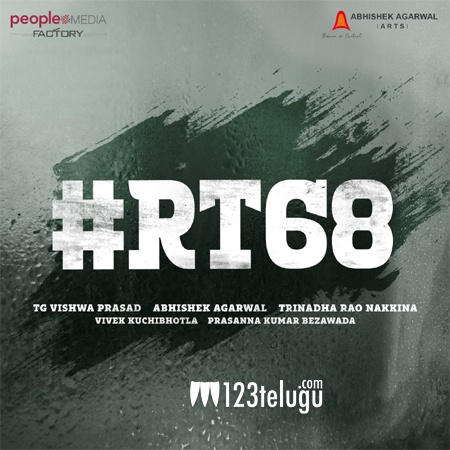 Ravi Teja is unstoppable these days. He is currently shooting for an action drama, Khiladi. Following the huge success of Krack, the actor has announced his next film, tentatively titled #RT68, which will be directed by Trinadha Rao Nakkina.

In the past, Trinadha Rao had directed Nenu Local and Hello Guru Prema Kosame. Buzz is that Ravi Teja will be seen as a lawyer in this film. More details about the cast and crew will be announced soon.

TG Vishwa Prasad and Abhishek Agarwal are jointly producing this film, and it will go on sets soon after Ravi Teja wraps up shooting for Khiladi.