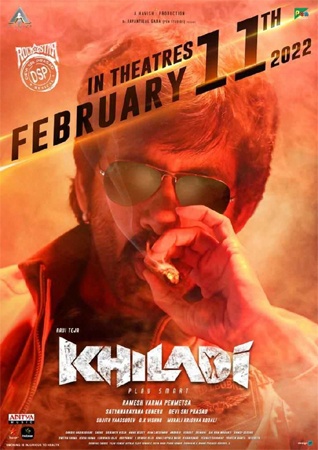 The makers have announced that Khiladi will hit the screens on February 11th, 2022. The announcement poster sees Ravi Teja in an intense avatar, as he smokes a cigarette.

Meenakshi Chaudhary and Dimple Hayathi are the heroines. Ravi Teja plays a completely different role in the film produced by Bollywood production house Pen Studios in association with A Studios.

The film under Havish Production comes with the tagline play smart. Watch this space for more updates.