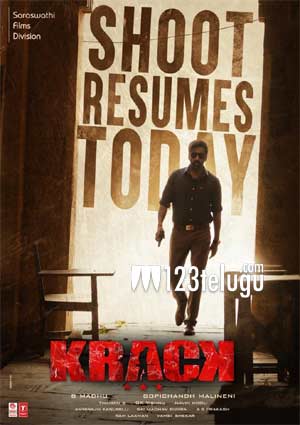 Here’s an exciting update for all the fans of hero Ravi Teja. After being on hold throughout the lockdown, the Mass Maharaj’s upcoming film, Krack, has finally resumed its final schedule’s shooting formalities today at Ramoji Film City.

Releasing a special poster to announce the resuming of the shoot, the makers also revealed that the promotions will kick-start very soon in a big way. Shruti Haasan is the leading lady in this Gopichand Malineni’s action entertainer.

Samuthirakhani and Varalaxmi Sarathkumar play crucial roles in the movie. Tagore Madhu is bankrolling this project and Thaman is scoring the soundtrack.