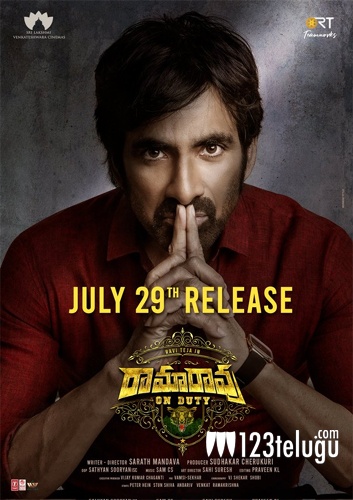 The post-production works are currently underway and the makers today announced that the film will have a grand release worldwide on July 29th.

The announcement poster looks action-packed, as Ravi Teja is seen in aggressive manner. The film will be high on action and thrilling elements as per the news.

The film features two heroines Divyansha Kaushik and Rajisha Vijayan. Venu Thottempudi is making his comeback and will be seen in a vital role in the movie.