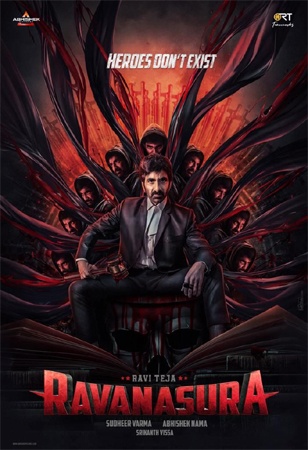 While Sushanth and few other actors took part in the first schedule, Ravi Teja joined the shoot in second schedule. The film in no time has wrapped up its second shooting schedule as well.

Abhishek Nama is producing the movie grandly under Abhishek Pictures and RT Teamworks. Ravi Teja plays a lawyer, while Sushanth will be seen a crucial role as Ram in the film.

Ravanasura will star a total of five heroines- Anu Emmanuel, Megha Akash, Faria Abdullah, Daksha Nagarkar and Poojitha Ponnada. All the heroines will have equal importance in the movie.