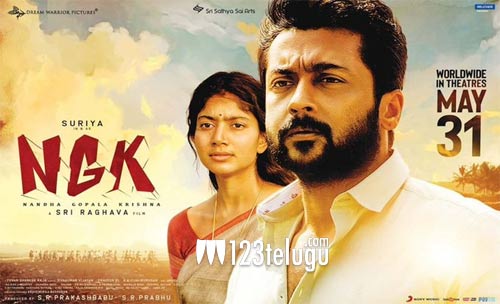 All eyes are on Tamil star Suriya’s soon-to-release political thriller, NGK. The fact that Suriya will be seen in a politician avatar has generated a lot of hype around the movie. Sai Pallavi and Rakul Preet are the female leads in this Selvaraghavan directorial.

NGK is gearing up for a grand worldwide release on May 31. Owing to the craze, the film is all set to premiere in over 150 screens across the US on the 30th of May. This is the biggest ever release for a Suriya-starrer in the US.

On the other hand, NGK’s Telugu version will be censored tomorrow. The Tamil version has been censored already with a clean U certificate.