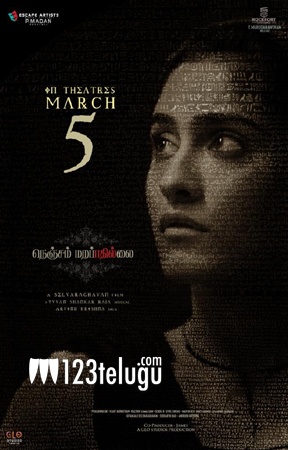 Actress Regina Cassandra’s Tamil film, Nenjam Marappathillai was supposed to release in 2020 but was postponed to 2021. Directed by noted director Selva Raghavan, the film is said to be an intense horror drama.

Meanwhile, the latest news is that the makers have decided to release the film on March 5, 2021. Co-starring Nandita Swetha and SJ Suryah, the film has its music composed by Yuvan Shankar Raja.