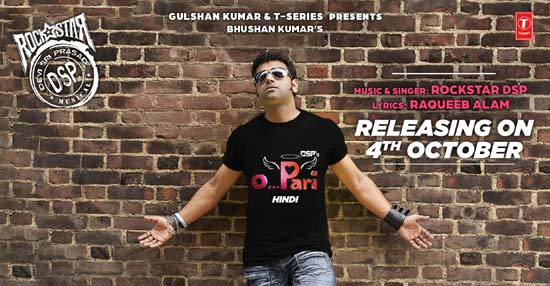 Rock Star Devi Sri Prasad is currently busy with multiple Tollywood and Kollywood projects. The most happening music director has recently announced that he is coming up with an interesting non-movie song update.

The music composer announced that his first non-film Hindi music video titled O Pari is all set to release on October 4, 2022. Besides composing, DSP also crooned the track. Raqueeb Alam penned the lyrics of this song.

Bhushan Kumar of T-Series is producing this music video song. More details of the song and time of release will be released soon. Keep checking this space for more interesting updates.