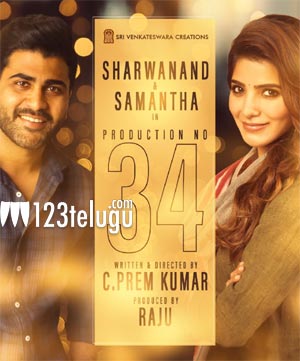 Producer Dil Raju has announced the Telugu remake of Tamil superhit film 96 that had Trisha and Vijay Sethupathi in the lead.

Starting Sharwanand and Trisha as the leads, the film has already gone on floors and is set to go on to the sets from March.

Interestingly, this will see the director of the original, C. Prem Kumar making his debut in Telugu.

It’s tough to remake movies that attain cult status. But let’s see if the director is able to recreate the magic of his own film! This will be the 34th film for the prestigious production house.