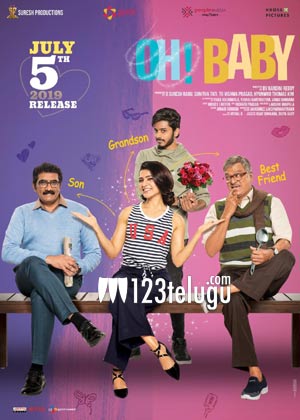 Do you remember Teja, the famous child artiste who was often seen in films in the past? Some of his famous works would be Chudalani Undi, Indra and Yuvaraju amongst several others.

The youngster is now a grown up and is making his big screen debut as a grown up. What’s interesting is that he’s to be seen in not one but two films produced by Suresh Productions. While the first film will see him as a hero, the second film is Samantha’s O Baby in which he plays her grandson!

His look was revealed in one of the film’s posters.

It is to be seen if he sees a similar success in his second innings. After all, he has starred in 50 films!