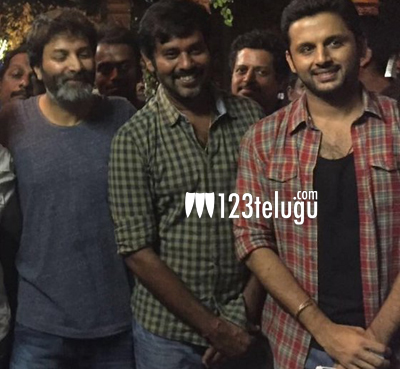 It is well known that Trivikram’s A..Aa has been progressing briskly and will be hitting the screens soon. Trivikram is one of the top league directors in Telugu film industry and is especially appreciated for his original story lines and his unique and fascinating dialogues.

Well known cinematographer, Natarajan Subramaniam, has worked for A..Aa and in an recent interview, he revealed that he was in total awe of Trivikram after seeing him work on sets.