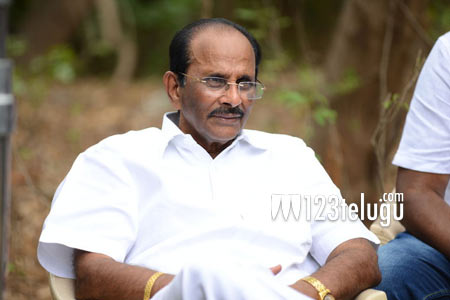 Rajamouli and his films have always been a huge topic of discussion all over. Speaking at the BOFTA meet earlier today, Rajamouli’s father and renowned writer, Vijendra Prasad revealed that Bollywood star Salman Khan was quite interested to star in the sequel of Eega.

Vijendra Prasad became quite popular in Bollywood after his film Bajrangi Bhaijan became a huge hit. As he shares a close relationship with Salman Khan, the star had revealed to the writer that he was quite interested to be a part of the sequel whenever it happens.

Though nothing as been confirmed as yet, this news itself has created a huge buzz in the media. With Rajamouli busy with Baahubali for the next year or so, let’s see if this project materializes or not.