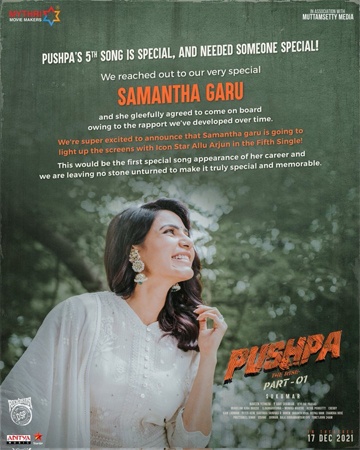 The makers of Pushpa made a solid announcement this evening and revealed that none other than Samantha will be doing a special number for the film.

The news now is that Sam has been paid a whopping 1.5 crores just for a song. This is the highest ever for an actress in the south and shows Sam’s popularity.

The song will be shot soon and will come at a very special time in the film. Fans are super excited about this announcement.