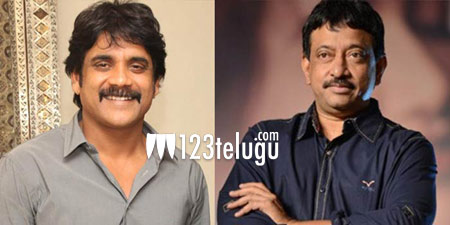 In a surprising turn of events, filmmaker RGV has announced that he’ll be making a film with Nagarjuna in lead role. The director took to his official Facebook page to confirm the news, and he also added that it’ll be very different from Shiva.

“I am extremely excited that I am doing a film with Nagarjuna after nearly 25 years but contrary to some media speculations, This new film is nothing to with SHIVA, neither in character nor in content..Its a very different but an extremely realistic action film set against a story such as neither me nor him have ever done before,” RGV posted on Facebook.

Incidentally, Nagarjuna hadn’t spoken about this project during his interaction with the media. It remains to be seen if this project materialises anytime soon. More details are awaited.