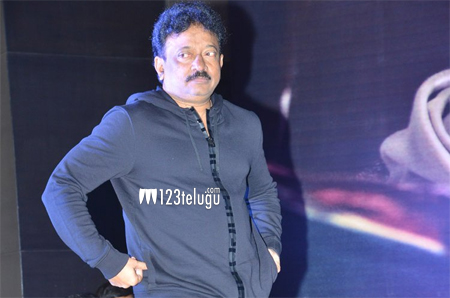 Eccentric filmmaker Ram Gopal Varma’s upcoming political drama, Lakshmi’s NTR, has been creating a lot of buzz thanks to the controversial aspects of NT Rama Rao’s life the director is showcasing. The film’s trailers have been the talk of the industry, as RGV had taken potshots at NTR’s son-in-law and AP CM Nara Chandrababu Naidu and NTR’s family members.

At a latest promotional event, RGV, in his trademark audacious style, said that he dedicates Lakshmi’s NTR film to NTR’s son and popular film star Nandamuri Balakrishna. RGV said that it was a meeting with Balakrishna that inspired him to make a film on the legendary actor-politician’s life. The director further said that there is no political motivation behind his idea to make a film on NTR’s life and that he just wanted to show the facts.

Lakshmi’s NTR is all set to hit theaters in a few weeks. Needless to say, the film will surely rake up fresh controversies upon its release. Rakesh Reddy is producing the film. Kannada actress Yagna Shetty will be seen as Lakshmi Parvathi and a theatre artiste from East Godavari district will be reprising NTR’s role in the movie.