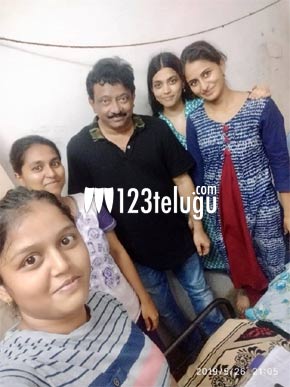 RGV is a man who does not stop being in the news. He is currently camped in Vijayawada promoting his new film Lakshmi’s NTR. Taking some time off from his hectic schedule, RGV visited Siddhartha College, the place where he studied.

RGV posted a memorable snap along with some girls and said that the room he is standing was his hostel room where he spent more than two years. RGV also revealed that he used to have a huge Sridevi poster on the wall in his room. The same room has now been transformed as the girls hostel.

RGV has announced some controversial films off late and we need to see who does he cast in these films.